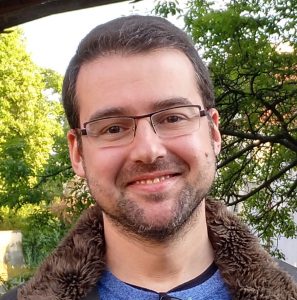 Abel Gómez is a full-time senior researcher of the SOM Research Lab at the IN3, and a part-time Assistant Professor at the Faculty of Computer Science, Multimedia and Telecommunications, both at the UOC in Barcelona, Spain. Before, he has hold other position: in 2018 and 2019 he was a full-time Assistant Professor at the Faculty of Computer Science, Multimedia and Telecommunications; from 2016 to 2018 he hold a Juan de la Cierva-Incorporación postdoctoral contract also at the SOM Research Lab; from 2015 to 2016 he worked at the DisCo research team (Universidad de Zaragoza, Spain) and the DICE H2020 EU project; and from 2013 to 2015 he was part of Inria as postdoctoral researcher in the AtlanMod team (École des Mines de Nantes, France), participating in the ITM Factory project and MODO EU project. Previously, Abel got his PhD in June 2012 in the ISSI research team, in Valencia, Spain, where he started his career as a researcher in 2004. His advisor was Isidro Ramos, and in his PhD thesis, Abel Gómez addressed variability aspects using software product lines in model-driven software development processes.

His research interests are mainly focused on the scalability of Model-Driven Engineering (MDE) techniques for model persistence and transformation, and the applicability of MDE to different domains, such as Software Product Lines or Document Engineering. During his career, Abel has participated in the development of several Eclipse and EMF-based tools, such as TemporalEMF, AsyncAPI Toolkit, MOMENT, DPLfw, NeoEMF, or some core modules of the DICE toolkit, among many others.

You can know more about Abel in his personal web page, or on GitHub, DBLP, Google scholar or SlideShare.